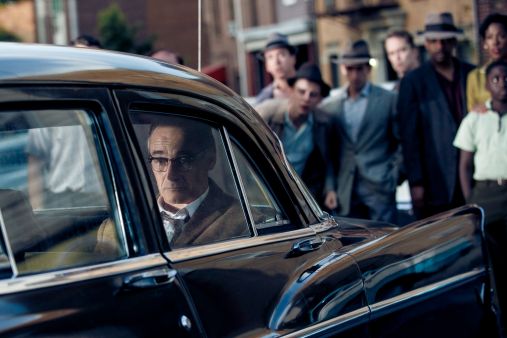 The latest movie from the legendary Steven Spielberg more than lived up to the prestige associated with its director’s name. Deeply uncynical and sharply written by Matt Charman and the Coen brothers, Bridge of Spies was an exciting piece of very traditional prestige drama. Anchored by a reliable Tom Hanks and a magnificent supporting turn by Mark Rylance, it’s a worthy addition to the incredible body of work amassed by Spielberg over the years.

Released in February and still occasionally haunting me, It Follows is a smart, nostalgic, and truly frightening horror. The slow but unstoppable monster is a powerful enough premise, but combine it with sexual panic, eerie long takes, and the ability of the monster to take the shape of a freakishly tall and eyeless man and you have an instant classic of a villain. Valuing atmosphere well above jump scares, an ambiguous ending refuses to let you feel at ease even long after the film is over

An emphatic argument for practical effects ahead of digital trickery, Mad Max: Fury Road is one of the most exhaustingly kinetic films ever made. A two hour chase across a vast desert, carried out almost entirely by real vehicles driven by real actors doing real stunts, dialogue is kept to a minimum, but George Miller doesn’t let that stop him from building a believable post-apocalyptic world. Important Themes mingle seamlessly with grenade-tipped spears and flamethrower-guitars and Miller proves that it’s more than possible to have three-dimensional female characters in an action movie without having to resort to any gendered cliches.

Hilarious, heartbreaking, stunningly imaginative and everything else we want a Pixar film to be, Inside Out is a massive return to form for the venerated animation studio. Going inside the mind of 11-year-old Riley is a visual treat, brightly coloured and full of wonderful ideas, from the Dream Studios to the Islands of Personality. A very personal film for Pete Docter, but also universally relatable, Inside Out is possibly the best film of the year for the entire family to watch together.

Taking 12 years to make and only releasing after his death, Hard to be a God is the magnum opus of the well-regarded career of Aleksei German. An utterly repellant look at the base instincts of mankind, it may be the sixth best film of the year, but there’s no way I can actually recommend anyone watch it. Suffocating the viewer with constantly cramped frames, Hard to be a God pulls you into an eternally medieval hellscape and violently refuses to let you go.

Bursting with life and sumptuous colour, Todd Haynes’ Carol is an immaculately preserved piece of the 1950s that houses one of 2015’s most affecting love stories. Cate Blanchett and Rooney Mara are both at the peak of their considerable powers in this beautifully woozy romance. Even better than the novel it’s based on, thanks to some bold decisions from a fantastically assured screenplay by Phyllis Nagy, every frame of Carol seems to tell 10 different stories at once, each one of them gorgeous and compelling.

The single most joyful experience one could have at a cinema in 2015 was with the reintroduction to Star Wars. Balancing a very hefty dose of nostalgia with the best of modern blockbuster moviemaking and a vital and energetic new cast, it was damn near impossible to not be grinning like a giddy child from start to finish. Ridley, Boyega, and Driver comfortably slot into their roles as the new Luke, Leia, and Darth Vader, whilst all also bringing something unique and fresh with them. Featuring the best blockbuster villain of the year and plenty of thrilling set-pieces, The Force Awakens is the best possible way to re-open the Star Wars universe. 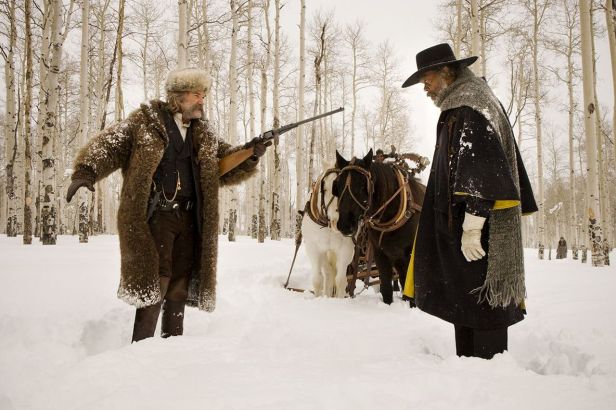 Combining Reservoir Dogs, Django Unchained, and Agatha Christie’s And Then There Were None, The Hateful Eight comes very close to being the quintessential Tarantino film, only just falling short of his masterpiece, Pulp Fiction. Beautifully shot and written in the way that only Tarantino can manage, paranoia has never been so much fun. Featuring the year’s best ensemble, from a never-better Samuel L Jackson to Jennifer Jason Leigh as the monstrous villain of the piece, The Hateful Eight is one of those very rare three-hour films that doesn’t need to be a single second shorter.

No film that I can think of has done man vs nature as viscerally or on such epic a scale as The Revenant. Roaring rivers drown out dialogue, as powerful a statement on the power of the wilds as the now-infamous grizzly attack, itself a bruising and harrowing sequence. Easily the most beautifully shot film of the year and filled to the brim with displays of mad genius from Inarittu and cinematographer Emmanuel Lubezki. The Revenant may eventually be remembered as just that film with the mad making-of story or the one that finally won DiCaprio his Oscar (this is surely his year), but that would be doing little justice to a genuinely visionary movie.

Philosophy, sex, mental illness, and puppets collide for what is undoubtedly my favourite film of 2015. A league above anything else I saw this year, Anomalisa is simultaneously absurdly funny and deeply depressing, telling a terrifyingly mundane story through an inspired surrealist lens. All three members of the voice cast turn in astonishing work, brought to life by ridiculously expressive and frighteningly lifelike stop-motion figures. Perfectly paced and packing into 90 minutes what most films would struggle with in 180, Anomalisa is absolutely essential. I’ve seen it twice and probably need to watch it at least once more to get everything out of it, so I’m incredibly excited for its wide UK release on 11 March 2016.