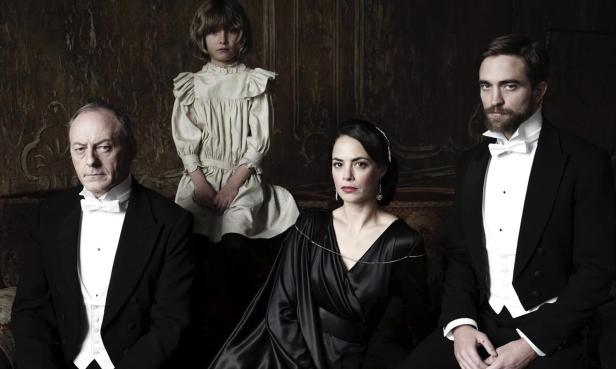 Having worked as an actor with Michael Haneke, Lars von Trier, and plenty of other elite European directors, Brady Corbet is no stranger to auteur cinema. Even so, the sheer confidence of his debut film as a director, The Childhood of a Leader, comes as a powerful, but very pleasant, surprise; without a doubt one of the most ambitious first-time films to come along in recent years. Loosely based on a collection of short stories by Jean-Paul Sartre, Corbet’s tale of the infancy of a (fictional) European dictator is a supremely unsettling and amazingly scored piece of work, offering both an insight into the creation of 20th Century fascism and a chilling portent of Europe’s possible future.

Newcomer Tom Sweet plays the eponymous future dictator, whose name is withheld until almost the very end of the film, and provides a terrifyingly precocious presence. Huge credit has to go to Corbet for corralling such a performance, as Sweet controls every aspect of his household through calculated power plays and vicious tantrums. These tantrums are the centrepiece of each of the film’s three acts, ranging from throwing rocks at churchgoers (a childhood hobby of Mussolini’s) to groping his French teacher (Stacy Martin). As his parents, Liam Cunningham and Berenice Bejo impress, as does Robert Pattinson (again proving that there’s infinitely more to him than Twilight), but this is Sweet’s show, his eventual transformation into a world leader totally believable. He shows kindness only to the head servant of the household (Yolande Moreau), and that’s only because she bends to his every whim without having to be screamed at.

Like Europe’s most famous fascists, this boy is allowed to embrace his dictatorial destiny by the Treaty of Versailles. However, where Hitler took advantage of the economic turmoil wrought on Germany by the Treaty to rise on a wave of popular nationalism, the boy here is a lot younger, and affected by the politicking in an entirely different way. His father, an attaché with the US representatives in France is always away on business, leaving only his harried and unhappy mother to attempt to control him, and her miserable failures in doing so breed a disregard for all but the boy’s own rules. This, admittedly rather simple, psychologising of an eventual rise to power may turn some viewers off, but it’s executed so well that it feels entirely earned.

Corbet and Mona Fastvold’s screenplay is both ambitious and intimate, trying to pack the dark history of a continent into a familial drama of unexpressed emotions and possible infidelities. These smaller moments are always wonderfully judged, especially the consistently nerve-wracking dinner sequences, over which secrets are spilled and denied. Even if some of the grander narrative doesn’t land as strongly, the quality of the acting and writing elsewhere more than makes up for these occasional stumbles.

At a technical level The Childhood of a Leader absolutely earns the epic labels that it is chasing. Scott Walkers’ aggressive orchestral score is magnificent, disorienting and frightening (though a touch underused), and the camerawork by Lol Crawley is fantastic. The camera is highly mobile, and a crowd scene towards the end of the film has it tumbling through person after person, building up a claustrophobic feeling of being trapped within a baying mob. That Corbet is already willing to take on such thrilling visual challenges this early into his directing career is very exciting, and makes his future one to watch keenly.

One thought on “The Childhood of a Leader Review”