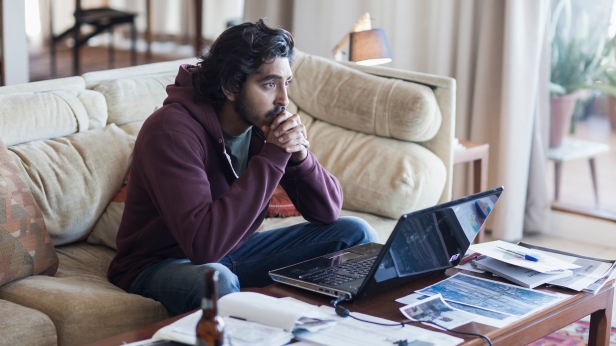 Along with Kubo and the Two Strings, Garth Davis’ Lion might be 2016’s most unhelpfully titled film. Featuring not a single lion, and taking place in India and Australia, two countries famously lacking in the beasts. Adapted from a memoir entitled A Long Way Home, the original name is a far better representation of the story told here, and gives more of the necessary hint that Lion is quite a slog. Starting fantastically, and ending equally as well, much of the body of the film feels like nicely shot filler, featuring a lot of long, dialogue-free walking as our hero, Saroo Brierly (played by Sunny Pawar as a child and Dev Patel as an adult) tries his best to find his true home.

It’s Saroo’s extraordinary life story that provides Lion with its plot. Separated from his family in Kwandha at just 5 years old after falling asleep in a stationary train car, he ended up in the bustling metropolis of Calcutta, 1600 kilometres away from home, so far that, despite still being in India, he couldn’t even speak the local language. As Saroo first awakes to being on a locked, moving train, travelling to god knows where, Davis’ direction and a powerful performance from adorable newcomer Pawar deliver a heart-wrenchingly real moment of pure fright. It forces the audience to consider waking up into a situation impossibly far out of their control, a visceral jolt of panic.

Arriving at Calcutta does nothing to ease these fears. Immediately shoved into a heaving crowd, he’s faced with impatient travellers, utterly indifferent to his plight, as well as far more sinister obstacles. These horrors are properly disturbing, made all the more so by Sunny Pawar’s tiny frame and incredibly expressive eyes. After the first night in the city though, things slow to a crawl, and Lion’s pacing problems come to the fore in a very damaging way. If we left Calcutta sooner, then the relief we felt would be at escaping that claustrophobic nightmare, but instead we’re just glad that the plot is finally moving forward. Even then, after Saroo is adopted by Australian couple Sue and John Brierly (Nicole Kidman and David Wenham), things still take a while to pick up.

Lion could stand to shave a good 15, preferably 20 minutes, off of its runtime, especially as Luke Davies’ script doesn’t seem to know how best to use its plentiful space. A couple of interesting subplots flit in and out without enough impact, whilst space is taken up by repetitive romance beats (Rooney Mara is pretty much wasted as love interest Lucy). It’s a shame, because the dialogue here is understatedly sharp, and the performances from Patel and Pawar are excellent, and Kidman and Wenham make for a great parental duo.

Most of the middle is driven by Saroo’s search for his original home town using Google Earth, which actually manages to be more interesting than most computer-screen-focused stories, but still outstays its welcome. Baggy editing is almost enough to make you lose faith entirely in the film, until Davis and his cast absolutely nail the ending. Using directorial flourishes rarely on display earlier in the film, Davis really puts you in Saroo’s shoes, making for an emotionally-charged conclusion. It doesn’t fully make up for the unnecessarily lengthy second act, but ensures that Lion isn’t a waste of your time.

Lion does not yet have a UK release date