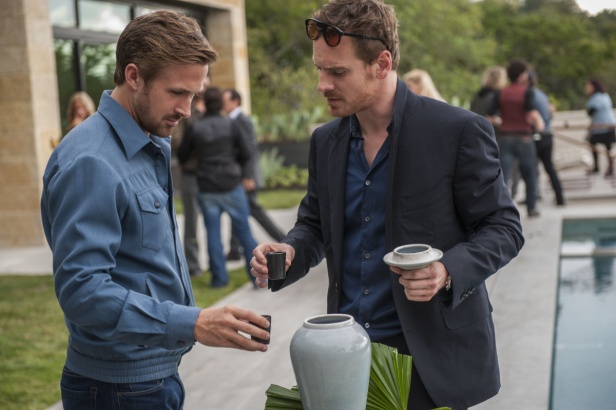 Actors in Terence Malick films have always had to be prepared to have their roles excised from his final edit. His masterful Thin Red Line completely cut out Mickey Rourke and left George Clooney on screen for all of two minutes, and he’s only got more ruthless with his cast in his modern output. Yet, where Malick’s wandering eye once produced gorgeous and profound mediations on nature and man’s place in it, his post-Tree of Life work has found him stuck in a self-indulgent rut, creating films that are nothing more than disconnected tone poems about the alluring emptiness found in wealth and beauty. With Song to Song, it finally feels like Malick has become everything his critics have always accused him of – slow, uninterested in character, and maybe even pretentious.

Ostensibly, Song to Song is about a series of love triangles set against the background of the music scene in Austin, Texas, but the romance is stymied by the absence of personality in any of the characters (I think only one actually had a name), and the music is nothing more than blurry, distant set dressing. Even the central musician (Ryan Gosling) barely plays or sings anything, other than some flirtatious piano-bashing with overall lead Faye (Rooney Mara).

Faye is caught between the desire of both Gosling and his manager (Michael Fassbender), who is perpetually dressed in black and trying to get Gosling to sign over all his songs (and, you feel, his soul). Everyone is stuck in a rather thankless role, with more lines in whispered voiceover than actual dialogue, but Gosling and Fassbender are at least afforded a scene each in which to show off their considerable star power. Mara is not so lucky, as Faye merely flits between a series of lovers with very little agency of her own, and the rest of the women fare even worse, Natalie Portman stuck as a waitress doomed by her own sexiness and Cate Blanchett barely even registering. Anonymous naked women tumble into shot with regularity, and where Malick’s camera was once reverent towards its female cast, here it’s nothing but lecherous.

It’s a huge shame that Song to Song is so weak as a whole, because there are hints of a good film, and even some truly great moments, hidden in the meandering 130 minute run time. Some scenes between Gosling and Fassbender really spark, though are all cut too short, and of course there is plenty to please the eye. DOP Emmanuel Lubezki remains incapable of shooting a visually uninspiring film, and he makes every inch of this world look irresistible, whether it’s an oil refinery in the desert, a lazy European river trip, or the jaw-droppingly swanky houses that everyone somehow owns. If nothing else, by the film’s end you’ll be desperate to go on holiday.

But these occasional highlights are far from enough to save a film that outstays its already limited welcome by at least 20 minutes. An unforgivable waste of a stratospherically good cast, Malick, as he did with To The Wonder and Knight of Cups, once again relies totally on his cinematographer Lubezki to lend his film the faintest sense of being worthwhile. Audiences waited twenty years after Days of Heaven for The Thin Red Line, and based on the evidence of his last three (uncharacteristically close together) projects, another hiatus might be just what he needs. Let’s just hope that his return to narrative filmmaking later this year with Radegund – a true story of a conscientious objector in WW2 Austria – can get him back on form.

Written and Directed by Terence Malick