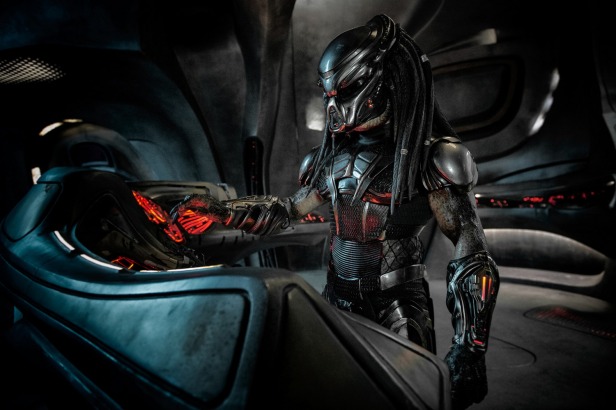 With messy trailers and belonging to a franchise that hasn’t hit great highs since the 1987 Arnie-starring original, The Predator was never weighed down by expectation from the general audience. As a ‘Predator’ film, it’s more than acceptable, dumb fun with lots of gory kills, but as a Shane Black film, it’s undeniably disappointing. The Nice Guys is the best big screen comedy of this decade, so it was easy to give the benefit of the doubt to The Predator, but it’s exactly as jumbled and uneven as all the marketing suggested. That doesn’t mean it’s a bad time at the cinema, but it certainly doesn’t stack up with the best of the year’s blockbusters.

A cloudy plot doesn’t really make itself known until a decent stretch into the film, but suffice it to say that there are a couple of Predators on earth, drawn there by a crashed artefact, and they’re hungry for the hunt. Moving most of the action to suburbia, we mainly follow the father-son duo of the McKennas – elite sniper Quinn (Boyd Holbrook) and gifted spectrum kid Rory (Jacob Tremblay). A run in with the Predator gets Quinn sent to a military psych facility while the monster hunts for Rory, who has decoded the artefact.

This story is pretty barebones, serving more as a vehicle for gruesome kills and smarmy one-liners, the best of which go to Sterling K Brown as black ops agent Traeger (who really should have been the lead). Trevante Rhodes also gets some memorable moments as another sectioned spec ops soldier, but Olivia Munn and the rest of the supporting cast don’t end up being very interesting. There are some great little jokes, and The Predator is never in danger of being too self-serious, but the trademark Black wit of The Nice Guys, Kiss Kiss Bang Bang, and even Iron Man 3 feels somewhat muted.

Perhaps that’s due to studio interference – apparently the entire third act was reshot, and there’s some blatant sequel-baiting at the end – and Black and Fred Dekker’s script has the makings of something funnier and more interesting than what we eventually got. Black sets a great pace for the film, and it never gets boring, rollicking set pieces entertaining enough in the moment that the fact not all of them make sense doesn’t get in the way until after the fact.

The final showdown, though, is a mixed bag. It’s by turns thrilling and clumsy, with lots of jump cuts in darkness sometimes making the action hard to follow – a major character death is handled particularly confusingly – but also some imaginative kills and real weight to the Predators. Black is clearly having nostalgic, bloody fun, and to not have a reboot of a gory ‘80s classic get a 12a-rating neutering is refreshing. The Predator can at times wear thin, though, never bothering to take its franchise to new places like, say, Covenant did with the Alien series.

One thought on “The Predator”