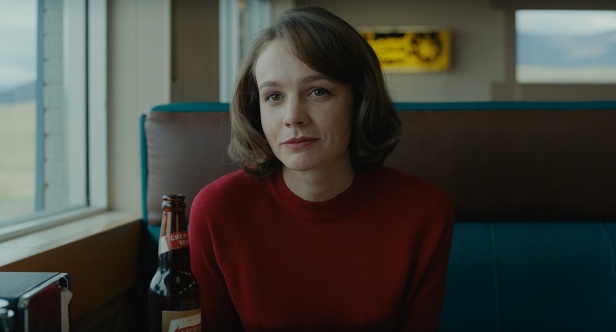 Given his relative youth and experience with some of the finest filmmakers working today – Paul Thomas Anderson, Denis Villeneuve, and Steve McQueen to name just a few – there aren’t many actors who seem as qualified as Paul Dano to make a career shift into directing. Making its UK bow in the First Feature Competition at the London Film Festival, it sort of feels like cheating on Dano’s part in amongst far less high profile company – this may be his directorial debut, but it’s very, very far from his first foray into prestige filmmaking.

Though it’s the bigger, starrier names who made it on to the posters, the heart of Wildlife is newcomer Ed Oxenbould, a teenager with more than a hint of young Dano. Oxebould plays Joe Brinson, a 14 year old boy whose world crumbles around him when both of his parents are stricken with depression. It being 1960, no one is equipped to deal with the crippling effects of this illness, and while Joe’s father Jerry (Jake Gyllenhaal) attempts to battle through it by upping sticks to the woods to fight wildfires, his mother Jean (Carey Mulligan) stays for a more sustained, prolonged spiral.

It’s a story of quiet despair that puts its actors at the forefront, Richard Ford’s source novel a perfect mix of small-scale human drama and dramatic, isolated environments for a first-time actor-turned-director to bring to the screen (Dano co-writes with Zoe Kazan). Loneliness pervades these characters’ lives, and Dano’s visuals do a great job of capturing vast emptiness, whether that’s out in the Montana wilds or just in the family kitchen. Static, deep focus shots let the world pass the Brinsons by as they stay stuck in moments of isolation and humiliation like unfair firings and sporting failures.

The writing is committedly period-accurate, lots of dialogue clipped of open emotion as the Brinsons attempt a façade of normality until they can no longer hold back the rivers of hurt and dissatisfaction. Gyllenhaal is more restrained than he has been for a while as an overly prideful husband but caring father, leaving Mulligan as the undisputed star of the film. After Jerry leaves to fight fires, Jean regresses (a little too fast to be fully believable) into a more petulant, younger version of herself, the wellbeing of her son be damned. It gives Mulligan a lot to play with, and she fills the screen with discomfort and regret.

It’s almost up there with her best work, though never quite matching it, in films like Shame and Inside Llewyn Davis, inhabiting this woman who’s about 20 years ahead of her time. Oxenbould is a bit blank in comparison – like his mother, Joe doesn’t belong in the repressed early ‘60s, but he doesn’t yet have the life experience to help him articulate his emotional intelligence, and this restricts his performance.

He does get a couple of great scenes though. An awful dinner date with new suitor of Jean’s, Warren Miller (Bill Camp in a very Bill Camp role), is a cuttingly well-observed look at the frightening chaos of being a kid in the company of drunk adults. Joe’s arc of becoming the most reliable and mature member of the household also provides Oxenbould with some quietly superb little moments towards the end as his illusions about his parents break down completely.

Paul Dano is already an established staple of the indie movie scene as an actor – his roles from Little Miss Sunshine to Swiss Army Man cementing him as one of the faces of modern American arthouse, and on the evidence of Wildlife, he could replicate this feat behind the camera too.