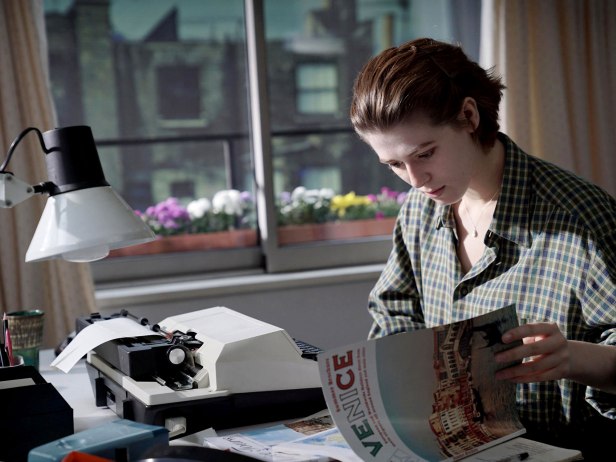 Hot on the heels of Pedro Almodovar’s Pain and Glory, here comes Joanna Hogg with the second auteur autobiography/confessional of August 2019. Thankfully, like Almodovar’s film, The Souvenir is too good to get bogged down by self-indulgence, instead making for an exacting and precise study of privileged naivety, young love, and addiction. Excruciating self-awareness is the key to what makes The Souvenir work, from its looks at how embarrassed the rich are by money to the enormous, glaring red flags that its lead couple ignore as they dive further and further into a toxic relationship. Though this technique can lead to some emotional distance, it ultimately draws all the film’s elements together into a rich and fully realised remembrance of youth.

In a meta (or nepotistic, perhaps both) touch, the Hogg analogue, Julie, is played by Honor Swinton Byrne, daughter of Tilda Swinton, who also appears here as Julie’s mother and starred in Hogg’s graduation film back in 1986. A posh film student living in early ‘80s Knightsbridge, Julie falls for older foreign office worker Anthony (Tom Burke) after a chance meeting at a house party. Their relationship is recounted through a series of brief fragments, hazy memories that bleed into one another whilst never lingering too long in one specific moment.

With soft lighting and a gentle graininess to the picture, Hogg perfectly marries her visuals to the way she tells her story, conjuring up dreamlike images that feel like they’ve been dredged up again long after the fact. The vignette-style plot structure, impressively, doesn’t dull the impact of the drama, and some moments, like a startling break-in at Julie’s home and a frustrating interview are far more powerful for their fleetingness. The effect on the soundtrack is a bit less successful, musical pieces constantly cut off and replaced in a manner that is unpleasantly discordant.

Julie’s world is one sheltered by money and privilege – even an IRA bombing only faintly rattles its walls – and it’s this shelter that allows her to not notice (or perhaps simply overlook) Anthony’s heroin addiction and sometimes offputting behaviour. By the time the truth is outed by Anthony’s pompous friend Patrick (Richard Ayoade, in a hilarious cameo), Julie is in too deep to cut him off and the pair of them slowly begin to spiral. With mysterious absences and terrifying, violent comedowns and withdrawals, The Souvenir zeroes in on the effects of addiction more on the loved ones of the addict, a perspective that still feels fresh, especially in this upper class, English setting.

Swinton Byrne makes an excellent debut here, believably fragile without coming across as a posh wet blanket and growing in self-possession as the film progresses. She’s more than ably supported by Burke, who gives a real movie star performance as a crumbling upper crust junkie, charming and funny until he’s in despair, howling with pain and need and trapped in a constant loop of curt self-justification. The pair have a sublime romantic chemistry, making their pillow talk just as compelling as any drugged-up misadventure of Anthony’s.

Hogg’s script is meticulous in its commitment to realistic-sounding dialogue, all the pauses and stammers and incomplete sentences of actual conversation kept in. The immersion this provides is bolstered by the cleanly set out geography of Julie’s flat, Hogg exploring every nook and cranny until you know the place as well as your own house and using every wall and corner to divide and hide the couple at its centre. You buy into The Souvenir’s world completely and, even if some scenes don’t feel as affecting as they should in the moment, the cumulative effect by the time the credits roll is more than the sum of its parts, the weight of all of Julie’s experiences finally becoming clear in one last glance at the camera. The Souvenir is a deeply personal film, and certainly not one that everyone will be able to relate to, but it finds power and fascination in its specificity, and I for one look forward to revisiting Julie’s life in the already imminent sequel.

Written and Directed by Joanna Hogg