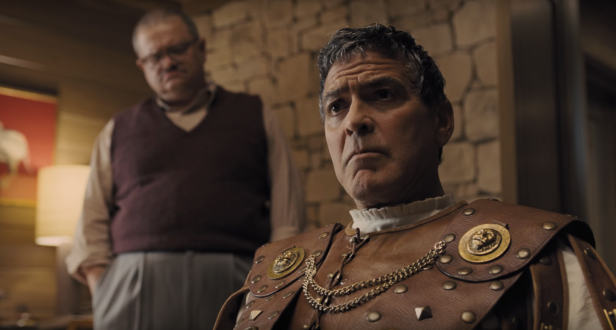 With Hail Caesar, we finally reached peak Coen brothers. Assembling a ‘best of previous Coen features’ cast, and taking on both the ridiculous and the sublime aspects of Golden Age Hollywood, it’s an incredibly funny movie that’s just as concerned with questions of politics and faith as it is with lovingly pastiching ’50s cinema. Packed to the gills with wonderful set-pieces and featuring a star-making turn for Alden Ehrenreich, Hail Caesar was a fantastically fun way to kick off the post-awards season at the cinema. 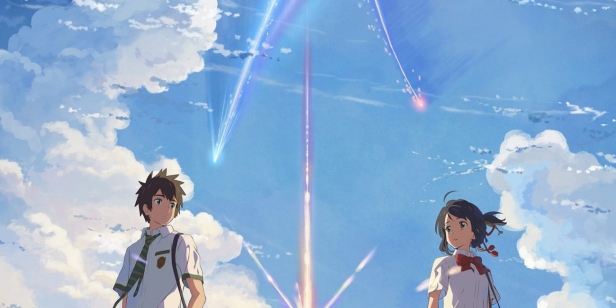 Along with horror films, I generally struggle to connect with anime, its stylistic trappings and story conventions often pushing me away from its stories. Yet, Your Name was so funny and moving, with such stunningly beautiful animation, that it completely transcended any difficulties I have with its genre. A teen comedy centred around a cosmic mystery, Your Name is never anything less that utterly compelling, fully deserving of its wild success in Japan and putting Makoto Shinkai well on his way to Studio Ghibli levels of respect in the West. 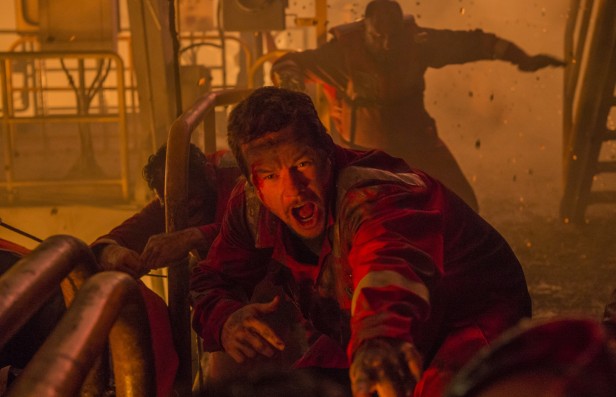 A Peter Berg/Mark Wahlberg collaboration would have been pretty far from my mind if you’d asked me to predict 2016’s best films at the start of the year, but Deepwater Horizon exceeded my expectations more than anything else this year. Careful and layered character work precedes a bombastic recreation of the 2010 disaster aboard the Deepwater Horizon drilling rig. Everyman heroism from characters we’ve grown to love lifts the heart, even as their deaths deliver emotional gut punches. Expertly directed catastrophe rattles the bones, and Mark Wahlberg has never been better. 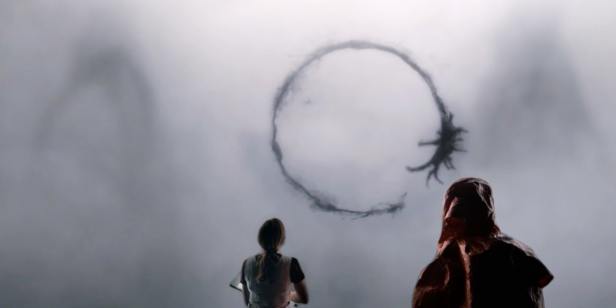 Following the masterful Sicario, expectations were high for Denis Villeneuve’s first foray into hard sci-fi, especially as he’s taking on the Blade Runner sequel next year. Thankfully, he absolutely aces this test with Arrival, adapting Ted Chiang’s short story into an absurdly ambitious and affecting film. Eschewing typical sci-fi jargon wherever possible, Arrival grounds its concepts of spaceships, interplanetary relations, and time travel with a deeply human story. Immaculately designed, shot, and scored, it’s a technical triumph that never neglects the love story at its heart, nor does it forget to inspire in the way that only the very best sci-fi can. 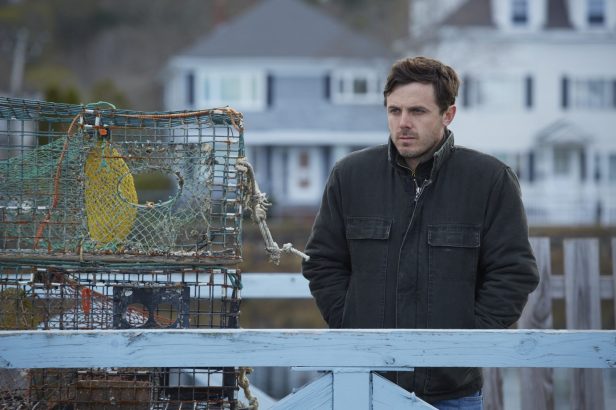 Without hyperbole, I can say that Manchester by the Sea is one of the most accomplished looks at grief that cinema has ever seen. Brutally honest, it takes in every aspect of how mourning can alter one’s world to the point of absurdity, including the surprising humour found in almost every bleak situation. Very, very funny at the same time as being profoundly distressing, Manchester by the Sea has probably the smartest dramatic writing of 2016, matched by subtly clever direction and top-class performances. Michelle Williams is typically excellent in her supporting role, and Lucas Hedges shows off comic gifts throughout, with Casey Affleck’s central turn a genuinely monumental piece of work. Without a doubt the best acting of the year, it’s work that should be studied by screen actors for years to come. 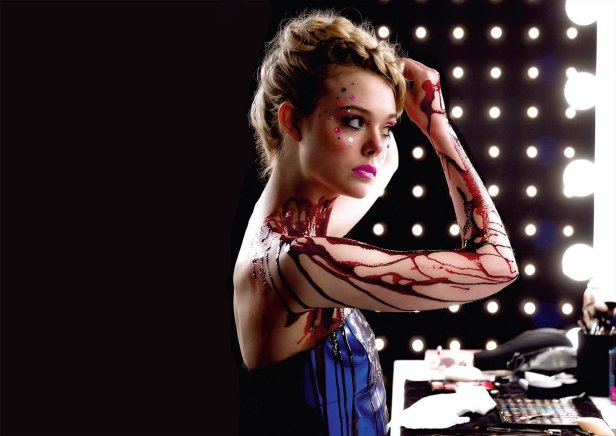 Nicolas Winding Refn has made a career out of gorgeously stylised, yet gruesome and inaccessible films, and with The Neon Demon, he’s achieved his magnum opus. Everything that has made his work so distinctive up until now is distilled into pure Refn, designed to divide, infuriate, and disgust. Every shot is composed with his trademark formal perfectionism, but the neon-drenched LA fashion scene gives the film an artificial beauty that separates it from Refn’s earlier work, as does its arch, pitch-black campiness. A horror-movie score from Cliff Martinez builds with the film as it approaches horrific hysteria in its jaw-dropping finale. As hated as much as it was loved upon its release, The Neon Demon is one of 2016’s most original films, with an ending so powerful that I left the cinema in a woozy daze. 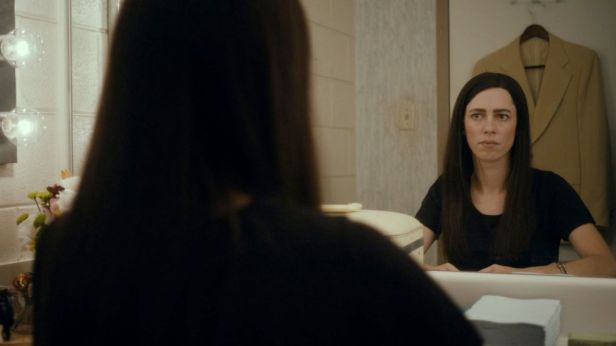 With a soul-scouring central performance from Rebecca Hall – second only to Casey Affleck for this year’s best lead – Christine is an incredible study of isolation and misery that sucks you into its black hole of despair from the very first moment. Taking a horrible true story and framing it with unsparing authenticity and clarity, Christine managed to avoid feeling exploitative through a combination of empathetic discussions of mental illness and a nuanced portrayal of its tragic subject. True desperation, and the physical exhaustion it causes its sufferer and those around them, is hard to get across on screen, and you need a very bold team to even dare and try and broach the subject. Christine has such a team both in front of and behind the camera, crafting that rare oxymoronic film that is both unwatchable and unmissable. 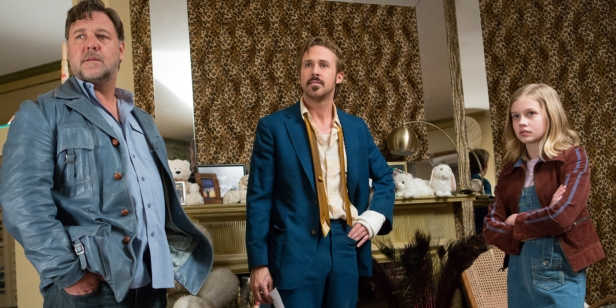 Far and away the funniest film of the year, the lack of commercial impact made by Shane Black’s The Nice Guys, which really should be seen by everyone, was a travesty. Combining a neo-noir story with ’70s sleaze and slapstick comedy, it was a magnificent showcase for Black’s dense, zippy comic writing as well as the immense and previously under-utilised comedic talents of Ryan Gosling and Russell Crowe. Both leads are on electrifying form and share cracking chemistry, matched every step of the way by breakout child star Angourie Rice. Packed to bursting with stupidly funny jokes but never skimping on story, intrigue, or action, watching the lead trio grow together is a joy and should open up a world of comedy opportunities for all involved. Likely to gain cult classic status in years to come, it’s just a shame that in a year of dud blockbusters, not enough people sought this out to give it the runaway summer success that it so deserved. 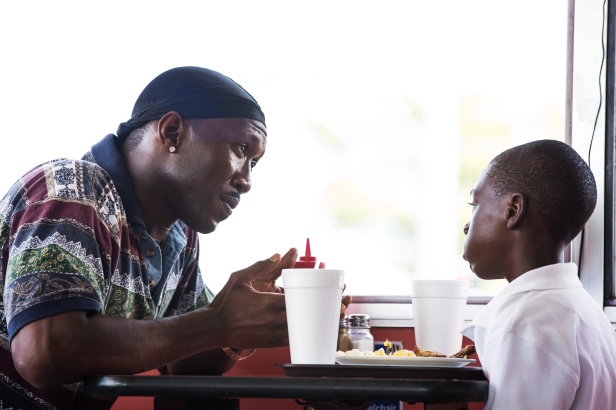 A beautiful and compassionate coming of age story, Moonlight proves that adapting a play doesn’t mean you have to make a ‘stagy’ film. Directed with ridiculous skill and flair, every shot is dizzying in its depth and artistry, putting the audience in the same headspace as lead character Chiron throughout the film. Each of the three acts are completely distinct as we chart Chiron’s progress through his childhood, teenage years, and early adulthood, yet this tale of a boy’s struggle with growing up black and gay in one of Miami’s poorest districts flows without a single faltering step. All three Chiron actors are exceptional, and Mahershala Ali and Naomie Harris both turn in blistering, career-best work in support. Less than two hours long, and paced utterly perfectly, Moonlight still manages to feel like we’ve seen the entirety of someone’s early life, one of 2016’s most astounding achievements. 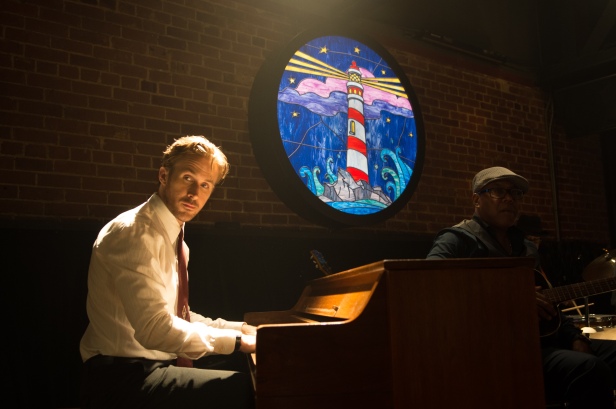 It may not quite have the performances of Manchester, Christine, or Moonlight, and it might not be as revolutionary or unique as some films lower on this list, but for pure cinematic joy, nothing this year could match the solid gold moviemaking of Damien Chazelle with La La Land. Bursting right out of the gates with a mesmerising musical number featuring an entire freeway full of singers and dancers, La La Land is so ridiculously good that not clapping at the screen for the entire run time becomes a real struggle. Cementing Ryan Gosling’s status as the standout actor of 2016 and setting him up alongside Tom Hardy and Leonardo DiCaprio as one of the great current movie stars, La La Land also brings us a never-better Emma Stone to make for the year’s best on-screen couple. Their chemistry is scorching, with their duets almost impossibly charming, as they court one another in a wonderfully idealised LA. The skies glow with brilliant pastel colours, and adventure waits around every corner in a film that may well have single-handedly revitalised the live-action musical genre.